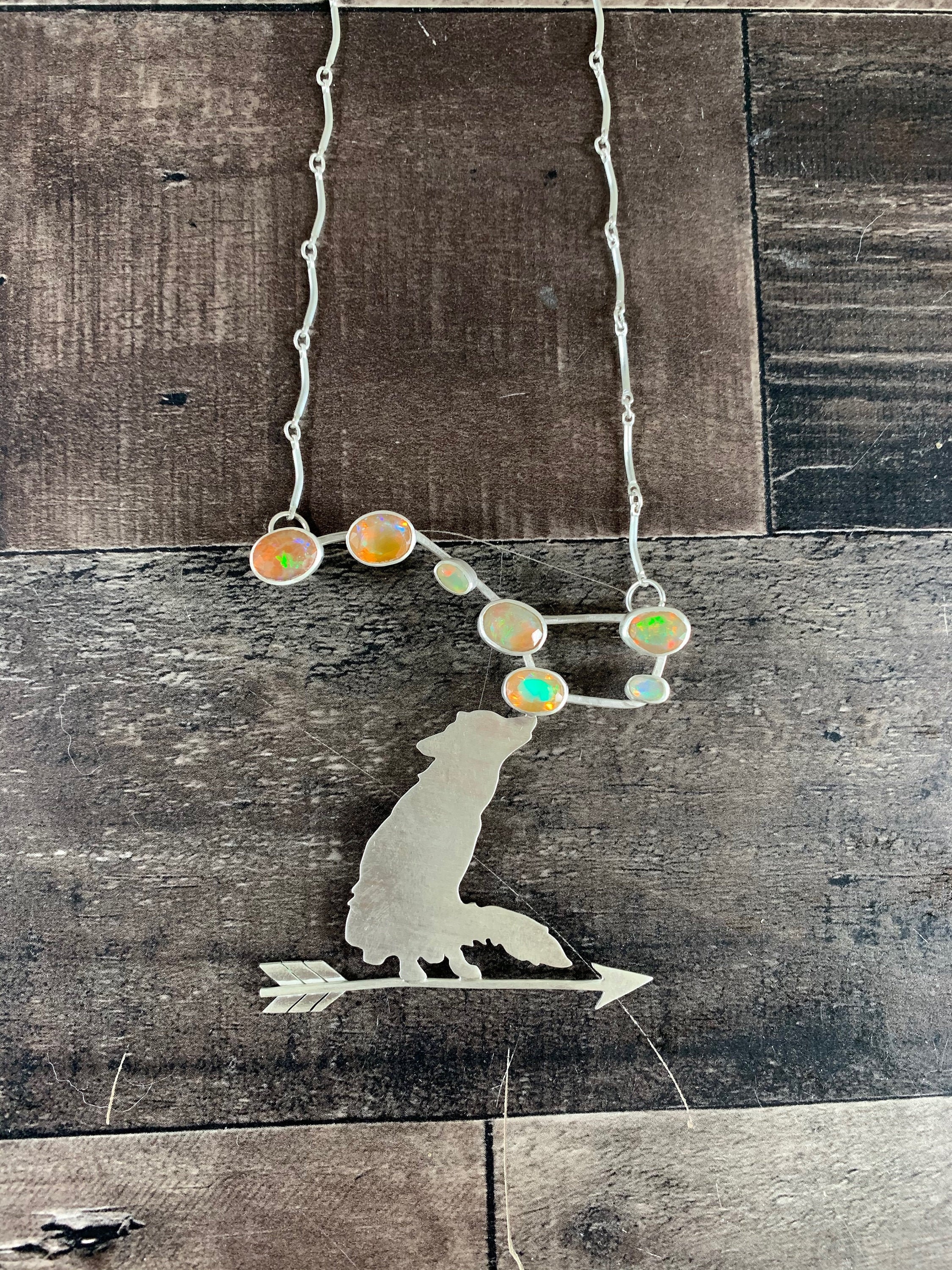 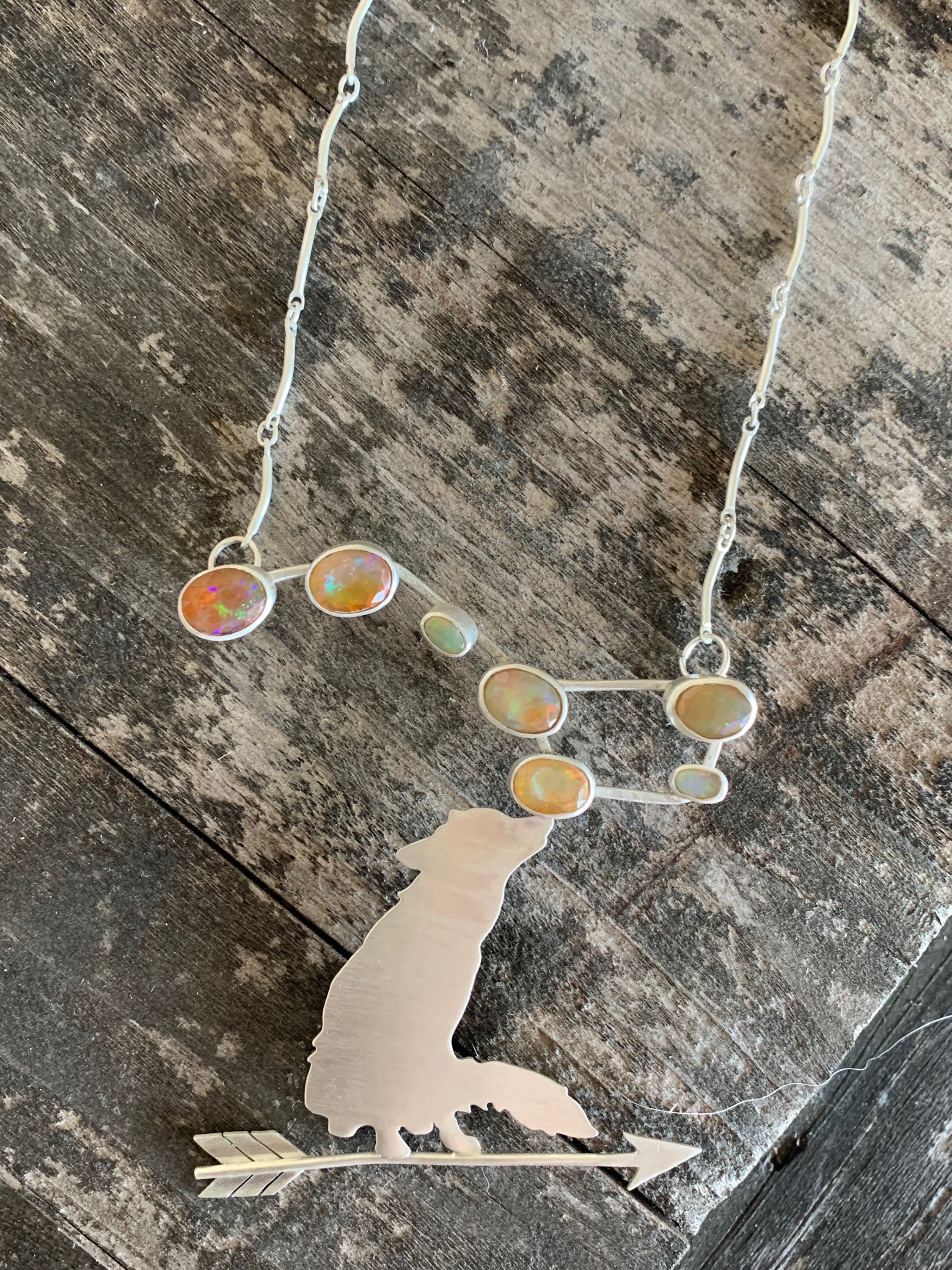 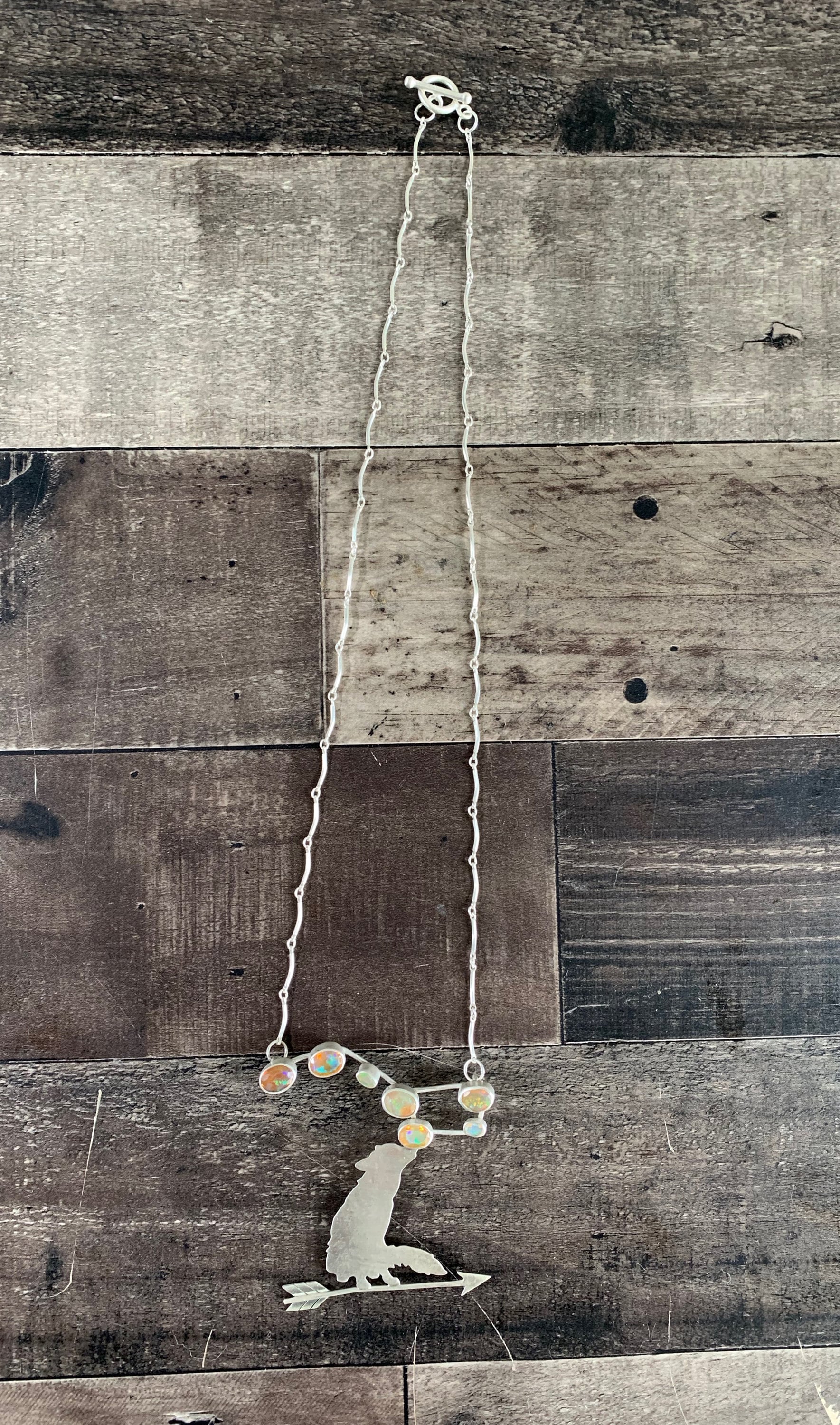 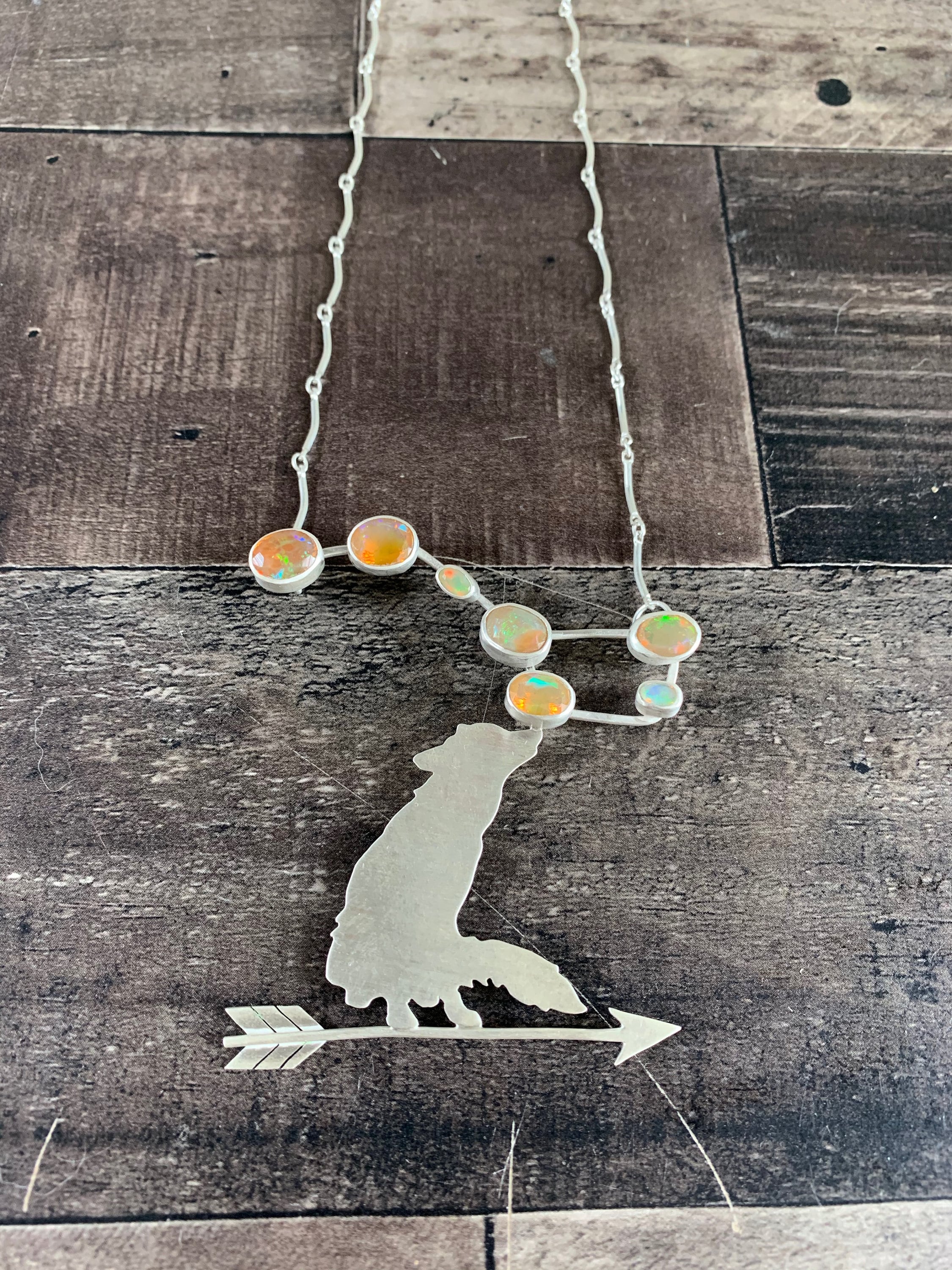 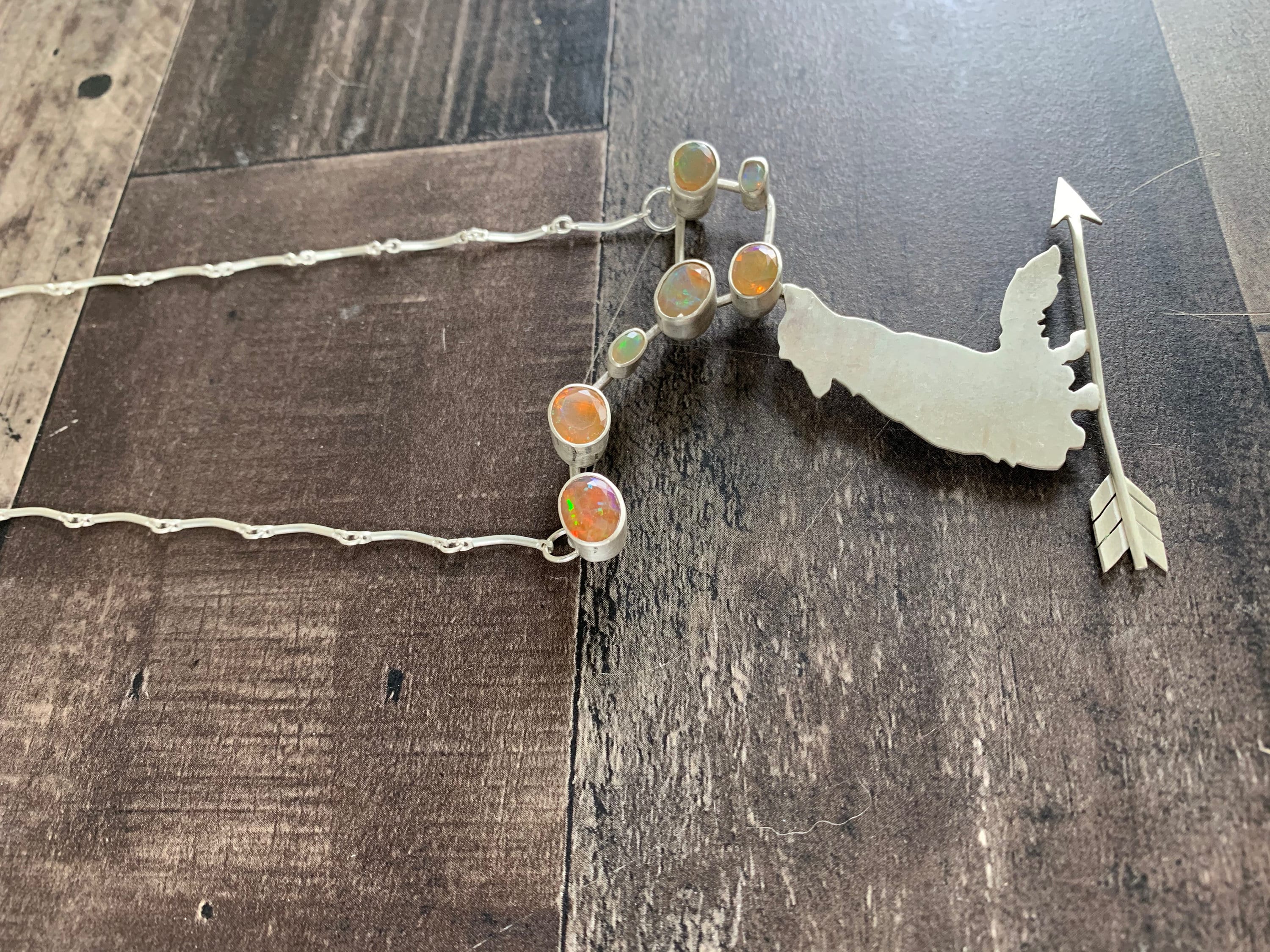 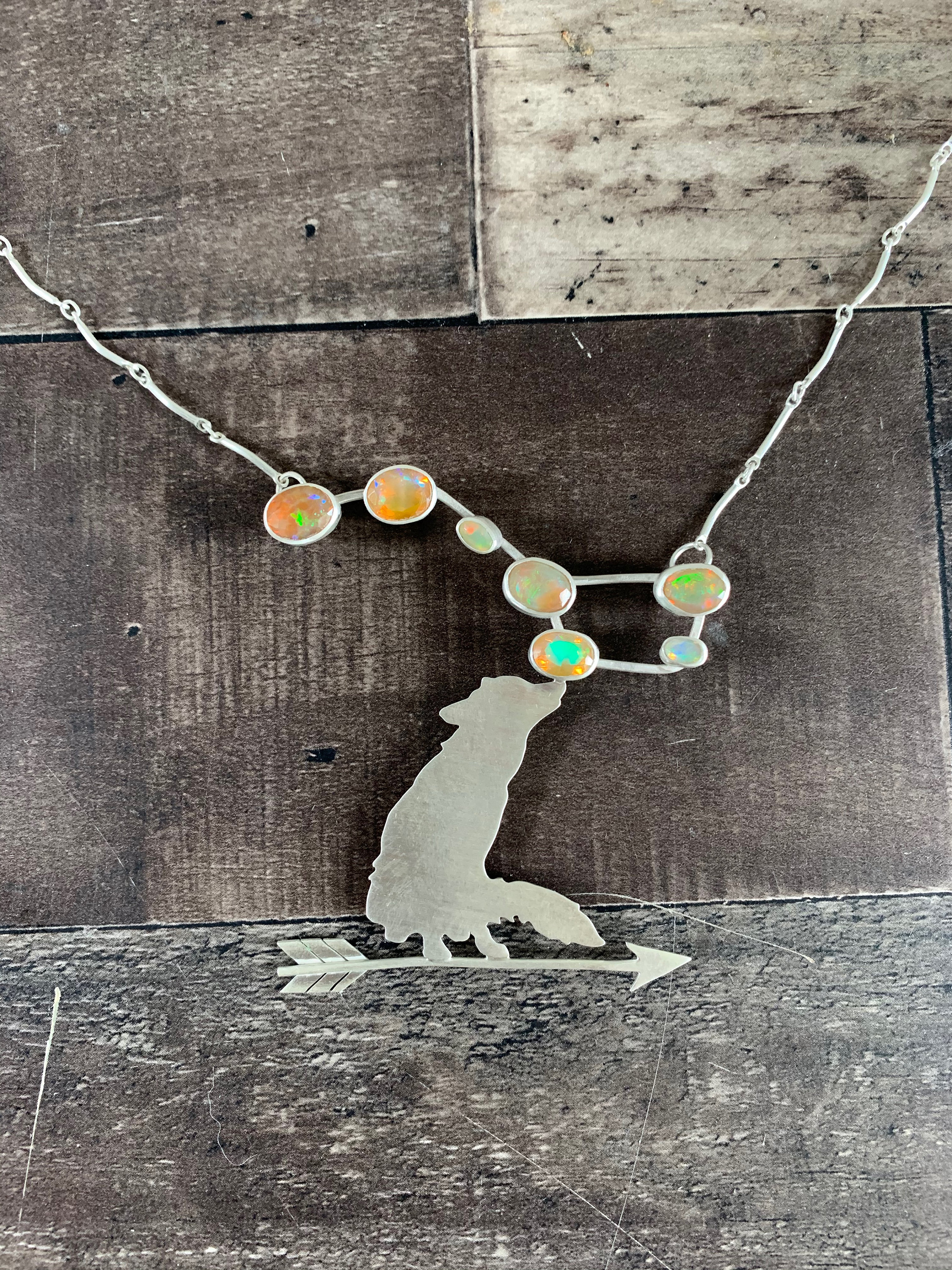 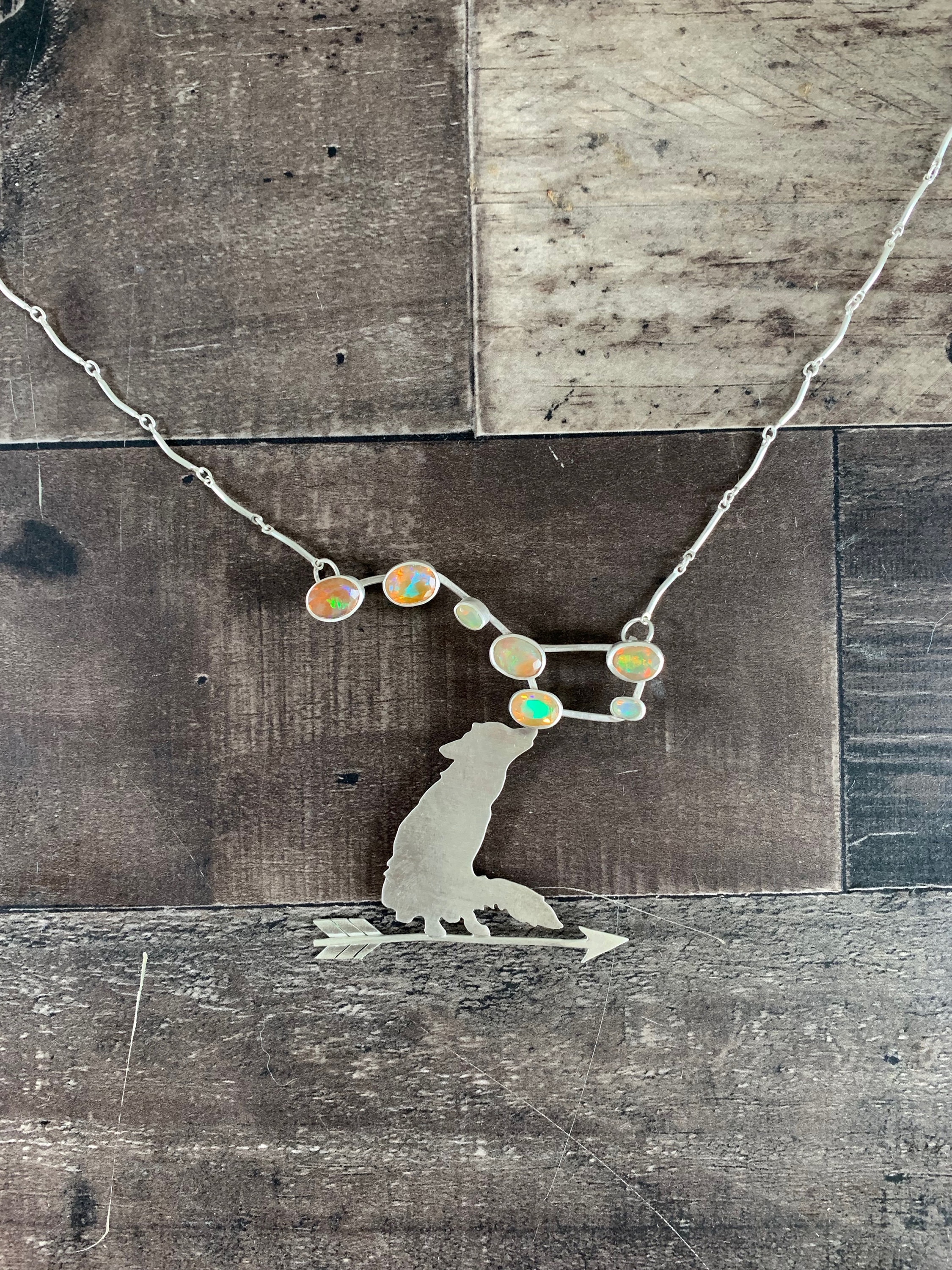 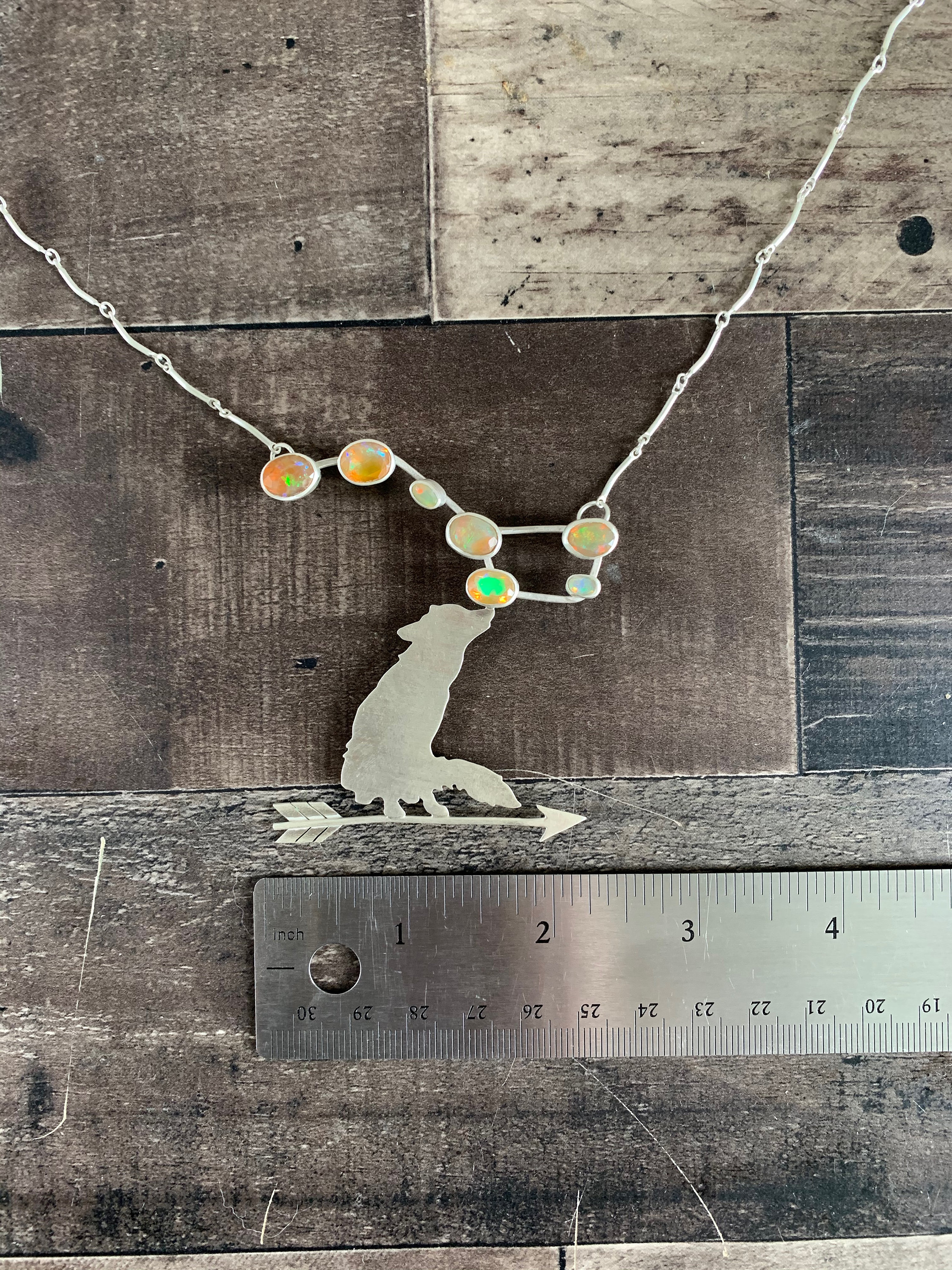 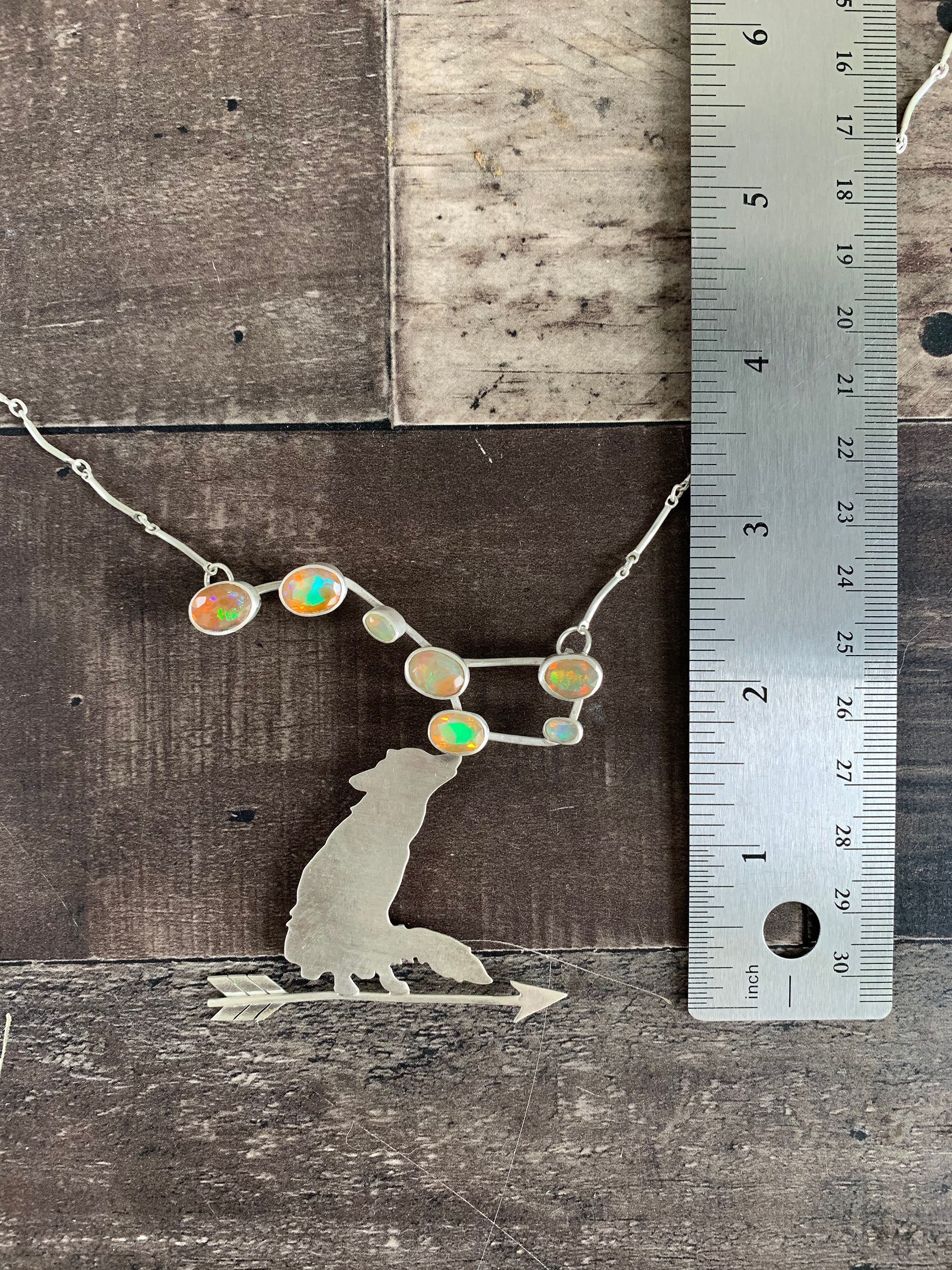 This Handcrafted Sterling Silver Ethiopian Opal Pendant is adorned on a 20" sterling silver bar chain with a toggle clasp. The pendant tells the Native American Legend of Coyote and 5 Wolves and the creation of the constellation known as Ursa Major (The Big Dipper). The pendant is hand sawn in the shape of a coyote sitting on top of his magical arrow. Coyote is looking up at the 7 tube set Ethiopian Opals (stars), admiring his creation of the Big Dipper. This pendant was handcrafted by one of our local artisans using traditional silversmithing techniques. This necklace is a one of a kind creation that makes an astonishing statement piece and will be sure to spark both intrigue as well as conversation.

Ethiopian Opal is said to enkindle optimism, enthusiasm and creativity. It allows for the release of inhibitions, inspiring love and passion. Ethiopian Opal is believed to enhance cosmic consciousness and helps to stimulate flashes of intuition and insight. Ethiopian Opal is also considered to be a protective stone for deep inner work, meditations and lower world shamanic journeys.

Coyote and Five Wolves: The Native American Legend of The Creation of Ursa Major
This narrative pendant necklace tells the story of the Wasco Indian legend about the creation of the constellation Ursa Major. One day Coyote was approached by this five wolf brothers, who requested that Coyote take them up into the sky so they may go investigate two creatures they had seen. Using his ladder, Coyote took his wolf brethren into the night. Upon entering the night sky the five wolves soon realized that the two creatures they had spotted were grizzly bears and wanted to return to earth. Coyote thought his wolf brethren and the two bears looked so beautiful in the night sky that he removed his ladder and shot his magical arrows so that they would stay there forever. Coyote was so pleased by his creation he decided to create the rest of the constellations using his arrows.