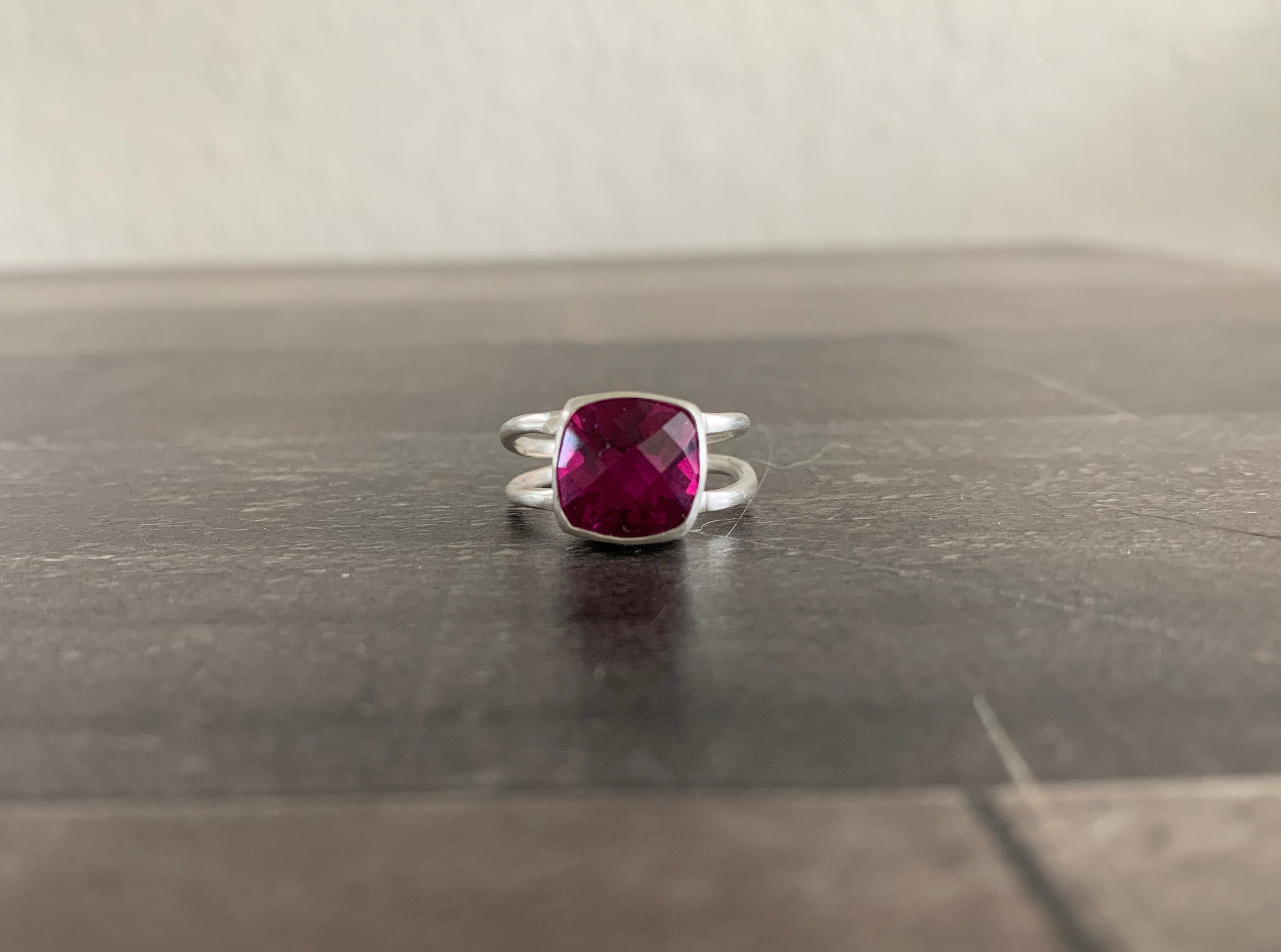 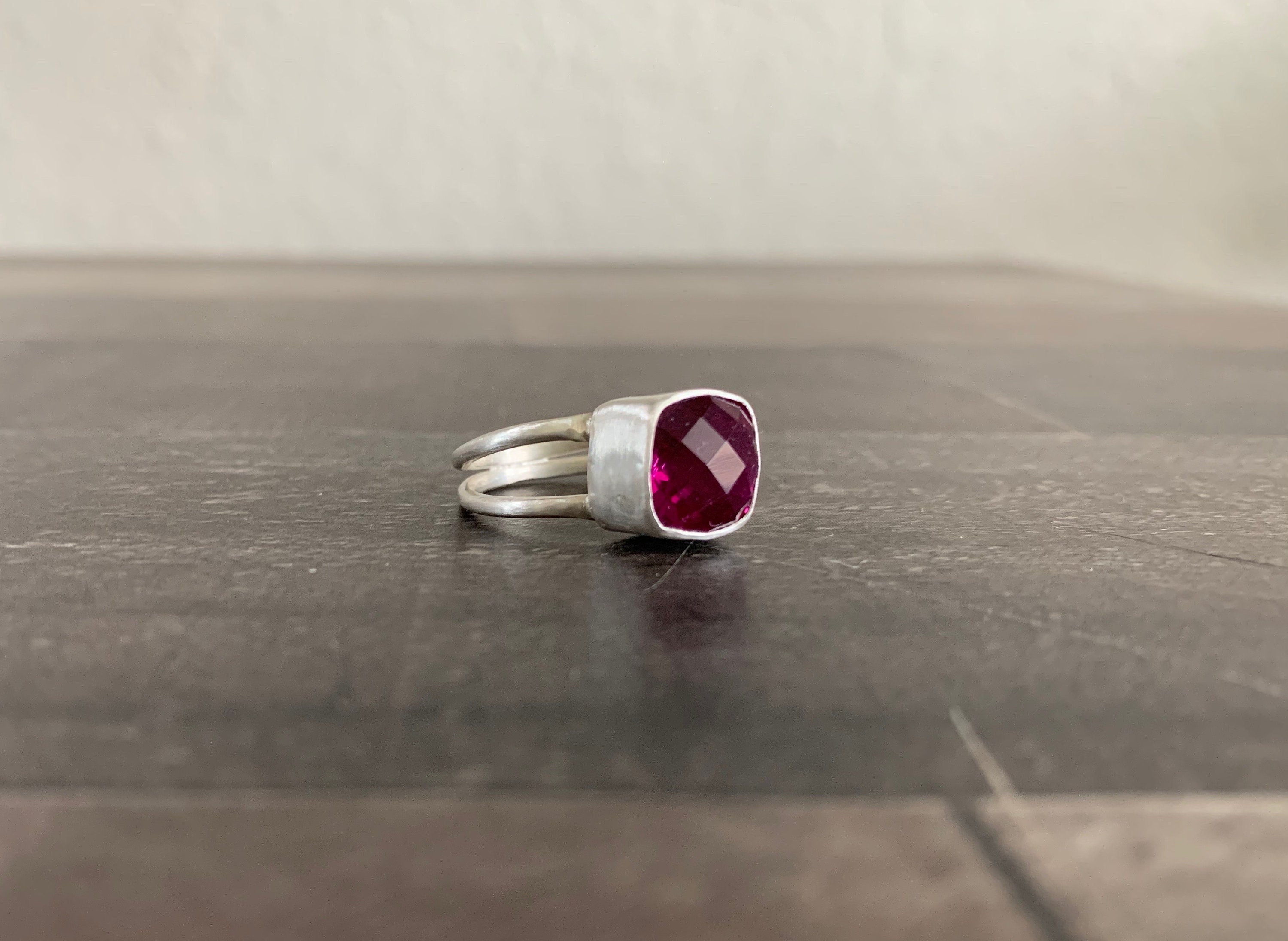 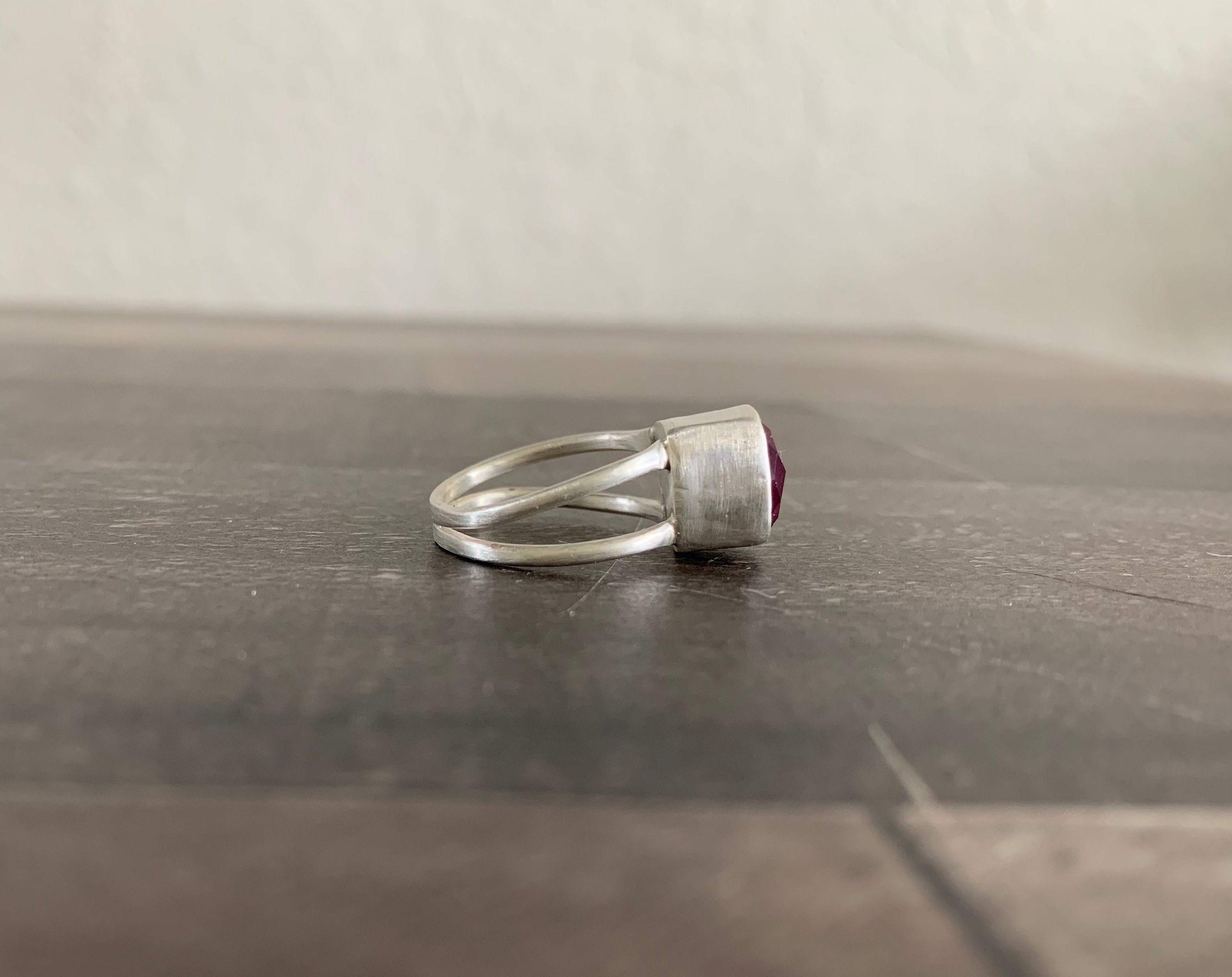 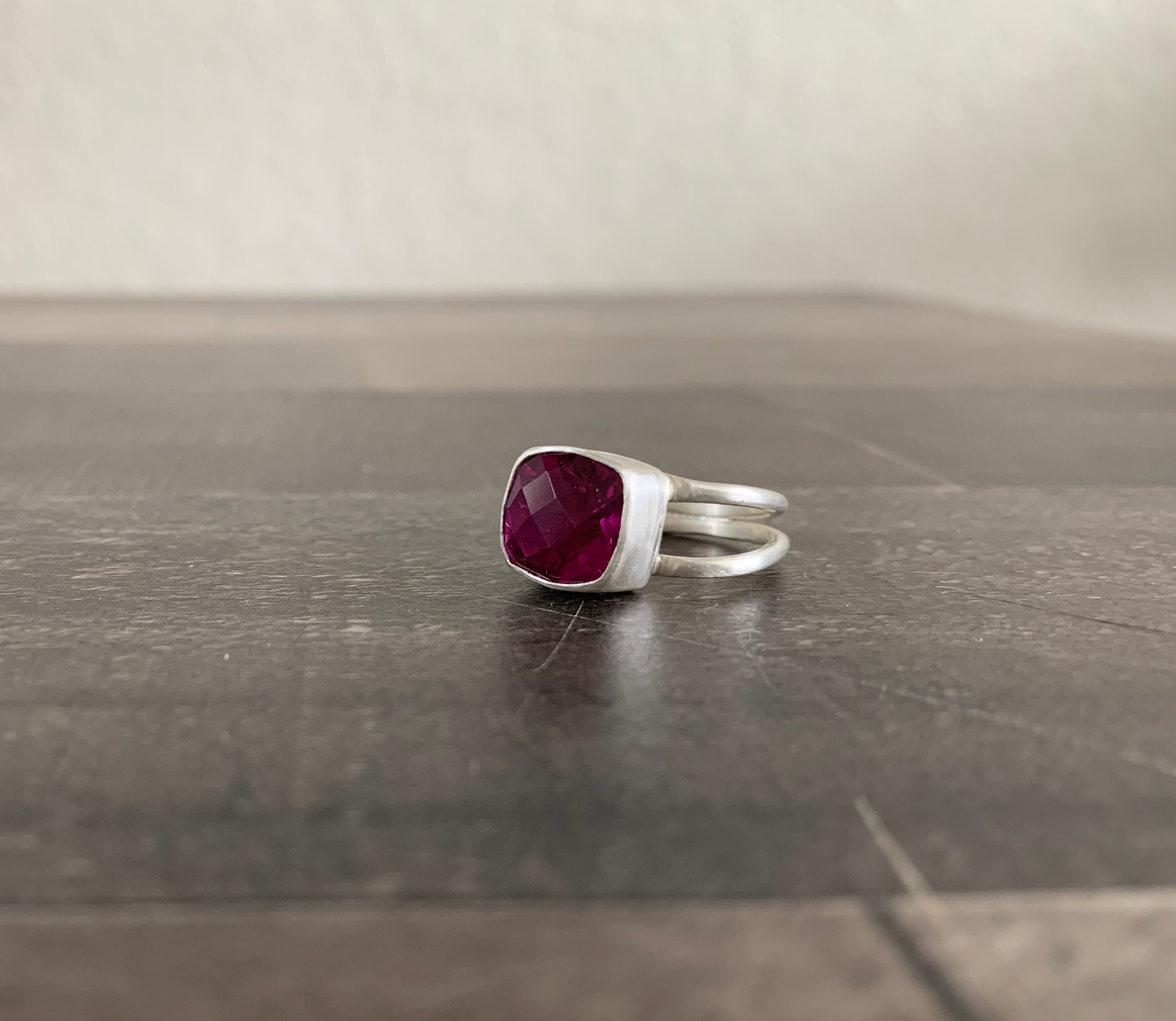 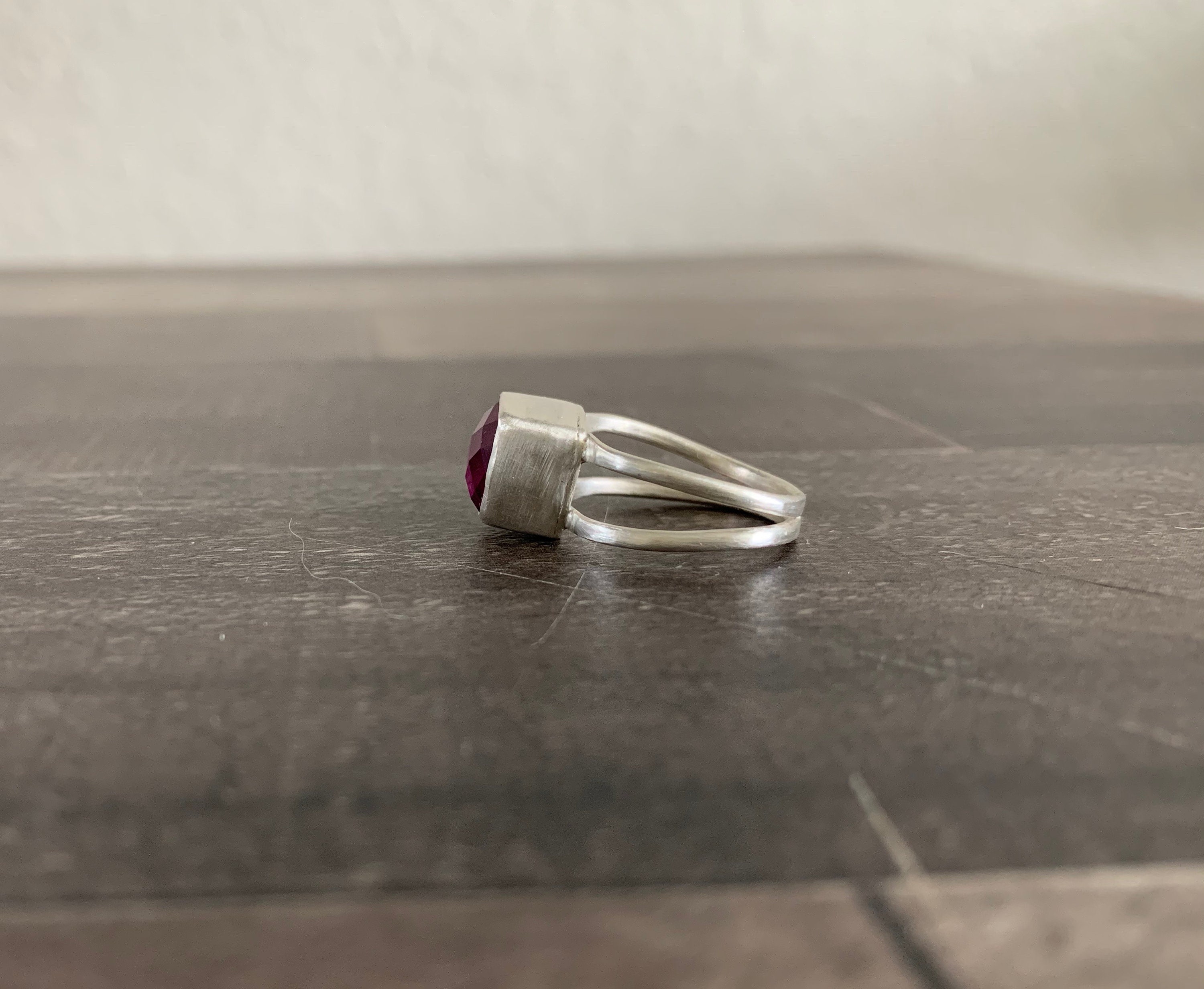 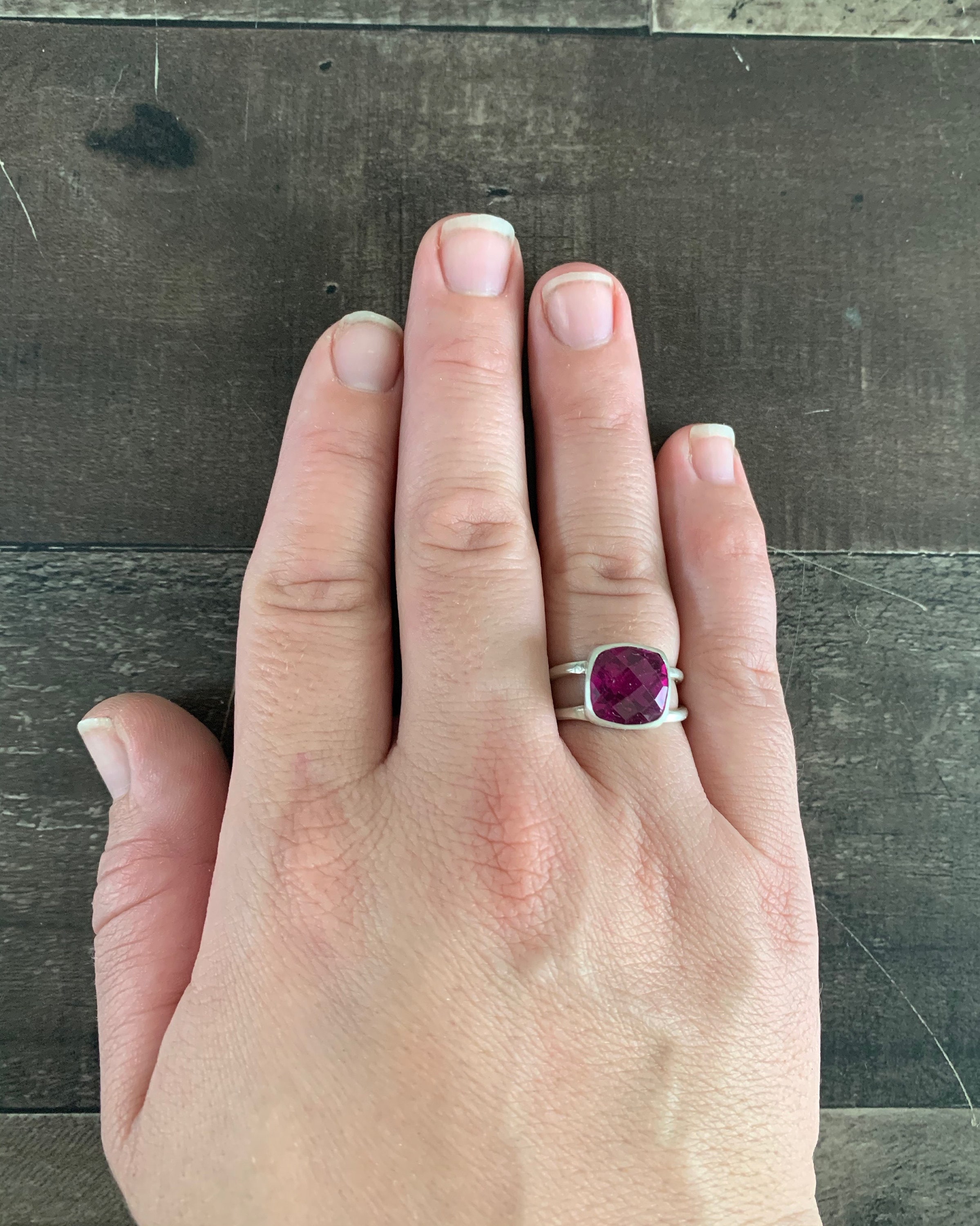 This .925 Sterling Sterling and cushion cut Natural Rose Color Rhodolite Garnet is set within a handcrafted sterling silver tube setting adorned on top of a hand crafted sterling silver split shank ring band. The setting is brought to a matte finish to allow the stone to be the main feature of this ring. Perfect for Birthdays and Mother's Day gifts or simply to wear and stack how you desire.